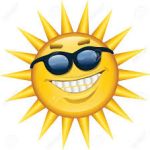 Too hot to think

This week the temperatures have hit record figures in the UK, especially in the south of England where I am based. I normally love the summer, especially as I am writing this book based in the conservatory. But when the temperatures reach into the low 30 degrees Celsius then the keyboard becomes too hot to the touch and it feels like everything is melting.

That has suffered this week with a bit of the heat getting to me. Now I have written a quite a few of the 300ish services that we started out with I have worked out what works and what doesn’t work. This has meant going back and tweaking the template we have for each of the groups and services. It also meant going back and changing the items that I had already written to have the same changes. It is amazing how long it can take to go back and make a few minor changes to 100+ files.

Did you manage to get what you wanted done?

Last week I hoped to have got a domain or two written. The good news (for me) is that I did manage to complete one full domain’s worth of services and I got half way through another. I also managed to have a review of the remaining services to try and get rid of the duplicates. On the way I did find a few new services that we had missed on our first review. I am sure there will be others that will be missing as well. That’s where the reviewers come in

What does next week bring?

Its more of the same for next week. As it is getting to the larger domains, it may seem that progress will slow down. I am aiming to finish the one I started this week, and hopefully finish another one as well. It all depends on the weather. At least it will be a bit cooler next week which will help

It’s been another good week with the PMO Services and Capabilities book. I feel that this is really starting to take shape now. I have been making steady progress with the book and have been using a few of Agile techniques to help me.

When we started the writing we identified over 300 Services that a PMO could offer. No wonder that no two PMOs are created equal. For each of these Services we grouped them together in 2 tiers. We have a set of PMO Domains, within the Domains we have Groups. The Services then sit within the Groups.

With such a number of Services to describe it can be a bit daunting. This is when the Agile techniques come in. Why not create a burn down chart? If there are 300 Services to be written by a particular deadline, then you can have your baseline position. Then as each one is written it can go into the complete section and you can therefore see how well you are doing against the baseline.

The other useful, and related technique is to look at velocity, or how many Services are being written per day. This then can be used (as I am doing) as a personal target for what I want to deliver for the day. When I wake up I can take a look at the average velocity and that then become my target for the day. Some days I manage to deliver more than the average, other days it is much harder to maintain as the subject needs more thought and concentration

Is it on track?

The good news is yes. It is on track, in fact due to the previous 3 weeks worth of focus is going really well and the velocity is much higher than I was expecting it to be. I have found using these techniques very motivating, probably because I am ahead of target. It is good to have a lower individual daily target for work to be done rather than think I have 300 to write and I have only done 4 today. It is much better to say I have been averaging 4, and I have delivered 4.

What does next week bring?

Next weeks effort will be much the same as the current week. I have been kidding myself by trying to pick some of the domains without too many services listed, but if I complete a domain or two next week (there are 22 overall) then I will be pleased. If I have a good week I might get this up to a third of it written by the end of next week. A major milestone for me to look forward to and to aim for

How did you get into PMOs?

I was having a chat with a few friends the other day and we were discussing how we got into PMOs, and whether that made a difference to our view of what the job was/is.

Here is my ‘origin’ story for those that care to read this sort of thing. 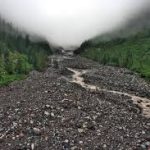 I came into the world of PMOs before anyone had mentioned the words Project Office. My first role as a PMO was in a KPI and controls role. At the time I was a IT developer (PL/1 and DB2 if you want to know, although I did spend a month trying to learn Fortran) and I wanted a pay rise. More specifically I wanted an upgrading. I had worked with a few people who had all gone up to the next level in the pay grades and I wanted some of that for myself. I therefore asked could I get a rise? Having got the answer no, I then looked around (internally) for other jobs and found a job I thought I was qualified to do as a KPI analyst. I did have to go and look up what a KPI was, and I think it took me a month of doing the role before I really worked that out. I applied and thankfully I was successful, so I bid the world of programming a fond farewell (although I still find myself dabbling now and again) and joined a KPI office

What does (or should that be did) a KPI analyst do? It turns out the job was essentially to create and maintain a KPI dashboard. Personally, at the time I was pleased as I got access to my first proper PC, with Windows 3.1. A lovely large off-white tower of a machine. It was certainly a step up from the green screen mainframe computers I had been using 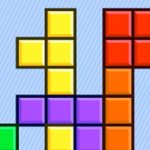 As these were the days before centralised PC management it did mean that you could install whatever you liked on the PC, if you didn’t steal the software or cause a virus outbreak. I therefore found my love of Tetris. I still think this has a place in the modern PMO. I do think that resource capacity management reports would look better if you could move the blocks around like in Tetris to make a solid line. Maybe one day

What I found out doing this role was that the KPI office was the place that picked up all of the crap that needed to be done that no one else wanted. The couple of tasks that stick in my mind are ‘car park pass distributor’ where I was responsible for working out who could have a car parking pass (there weren’t enough for one each) based on the size of the team and working out a rota for usage. Also known as how to upset everyone all of the time. Even if there were enough passes to go around I soon realised that there was only one car parking space anyone wanted which was the one nearest the door to the building (and not only when it was raining). I thought 300 people and 100 spaces was difficult enough but 300 people and 1 space is even worse.

‘COSHH’ a lovely little acronym which means Control Of Substances Hazardous to Health. As I worked for an airline at the time it was important that they took health and safety seriously. However, they decided it should apply to everyone, regardless of where they worked. In our department located in office block away from the airport and planes we had to work out what that meant. I did refuse to put up the ‘don’t run with scissors’ signs, but we did have to keep the Tippex behind a locked cupboard door just in case. 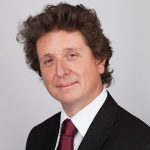 We got involved with the graduate intern programme, where we advertised for a series of roles and got applicants in doing their 3rd year from university in a workplace. That was great to see how not to apply for a job. People who thought working at Dixons on a Saturday qualified them to be a mainframe programmer. The people who got told to write a accompanying letter, but have worse handwriting than me. If you are that bad then type it, after all you will be working with computers. I particularly liked the one which came from a particular university which was in A3 card folded to be A4 all with a picture of the candidate. Not sure I was set on the idea at the time. Particularly for the folks who seem to have taken the picture in the dark

But all good things must come to an end. After about 18 months of doing this, and meeting virtually everyone in the building I got head-hunted to work on the FISS programme just as it was starting up in a new role of Project Office, although I don’t think it was called that until a year after I joined.

It is week two writing the new PMO Services and Capabilities book and it is all starting to take shape. Having had two good weeks at this now i can see how it will all come together. There is a long way still to go, but I feel like I can see how this will be of use to the profession.

In writing this it has made it clearer in my mind certainly about what PMOs can offer and how they can offer it.

What it is about?

If you are not aware this book is being written by myself, Hans Arnbjerg and Dr Robert Joslin. The purpose of the book is to clearly lay out what services can a PMO offer. Having had a look around what is available in the market place, I don;t feel there is a book out there which does describe this in the detail that this book plans to cover.

Why do we need it?

There is a lot of work out there for project managers, program managers and even for portfolio managers, but there is very little dedicated to the PMO market. I suppose this is down to the market being smaller, after all most of the PMO people I speak to have between 5-10 project managers they support, But it must still be a large enough market. If there have been over 1 million PRINCE2 exams taken then if there is one PMO for every 10 of those then we are still talking 100,000 PMO people. Not an insignificant number. And I know there are other exams, and not everyone who takes PRINCE2 is a PM (I took it and I have never been a PM), but I am just using this as a rough indicator.

When can we see it?

We are hoping that this book will be available early next year (2019). There is a lot more work to be done creating this between then and now. No more time for a blog update this week, back to writing some more book